When trying to describe Otherworld Adventure, I find myself talking more about what it isn’t than what it is. Otherworld Adventure isn’t a LARP (Live Action Role Playing Game), although it takes place in a fictional setting, and you don’t really play a character, use an accent, or pretend to be someone. Otherworld is all about being a heroic version of YOURSELF, and while you have a role to play, you’ll find that you are playing yourself (sounds odd but it isn’t). Also unlike a LARP, you aren’t competing or accruing any points. While there are other teams/groups in Otherworld, they are each on their own individual storyline, and while you may interact with them, you aren’t trying to “beat them” in any way. One of the more magical moments of my Otherworld experience actually involved another team coming to my aid (what happened and how it happened would be a spoiler, so I won’t go into much more detail).

Otherworld also isn’t geeky, any more than reading a book, watching a movie, or going to a play is geeky. The context of Otherworld is fictional, but you don’t have to be a fan of fantasy to enjoy it (the weekend touches on a wide range of genres and at times could even be called a genre mashup). Yes, you will be running around the woods in Pomfret, CT dressed in some sort of costume (as you can see from the picture, costumes can range from a henley and khakis to full on RenFair garb) and carrying a foam sword, but all that is really secondary to your participation in a story that’s immersive, touching, and just down right entertaining.

Otherworld is something quite special. Odds are you may have found this article when searching for information about Otherworld. During my search, I found only two major pieces talking about Otherworld: an excerpt at Salon from the fantastic book Of Dice and Men, and Allison Morris’ Fantasy World, Real Resistance for Publisher’s Weekly. It’s mindblowing when you consider that Otherworld has been running for over 20 years and in all that time there isn’t a single gripe, complaint, negative review, or Yelp on the event anywhere online.  You also won’t find anything talking about the actual narrative of the Otherworld Adventure. There’s a reason for this: Otherworld is an extremely special and somewhat magical event that is so special and meaningful that no one would ever think about spoiling it for folks who have never been. It’s such an amazing experience that when I got back from my Otherworld weekend, I convinced my wife to sign up for the 2015 weekend, and I still haven’t told her much about the content of Otherworld.

So how does one talk about Otherworld without spoiling it and yet help you understand what the heck it is? Fundamentally, Otherworld can be considered “participatory fiction” – you spend the weekend interacting with folks who are playing characters, with a defined narrative. You have a role in all this but there’s no script, you don’t play a character per-se, and you won’t be acting. Throughout the weekend you have objectives which you try to accomplish with the help of five other people in your group (plus a “companion”, someone who has been a participant and accompanies the group along its way). There’s absolutely no way to accomplish all the objectives without working together, and you’ll find yourself in situations that exemplify teamwork. You aren’t told what to do and free will has a major role in defining your adventure.

Other things to know about Otherworld: you can only do it as a participant once. No matter how much you love it (and trust me, you will), you can’t do it again. Pomfret, CT has horrible cell phone service, so you will spend the weekend off the grid (which is one of the many things I loved about the weekend). Your adventure will be different from mine: Otherworld’s story changes every couple of years, and even if it didn’t, each group’s path through the narrative is unique to them and based on their decisions. You will be a little nervous (everyone is), but how many things in life are truly a mystery? We are so used to spoilers, trailers, and reviews that it’s a rarity to have any mystery any more. If for some strange reason you don’t absolutely love it, Otherworld has a “double your money back” refund policy, and in 20 years they’ve never had anyone take advantage of it.

Yes, Otherworld is a little bit of a leap of faith. Before going I sat with the registration open, hemming and hawing for quite some time, and in many ways I think I needed a post like this one to reassure me that it was indeed something amazing. It is. I needed to know that I was going to have fun. I did. And I needed to be re-assured that dressing up and playing with swords didn’t push me into the world of being some sort of Mega Geek. It didn’t. The participants of my Otherworld year spanned a wide range of ages, professions, and interests, and none of the adjectives I’d use to describe them would include “geeky”.

Otherworld Adventure Weekend says that it’s about spending a weekend with the “heroic version of yourself”. I’d go further and say it’s a weekend to discover the heroic or better version of yourself and becoming that person. The Otherworld weekend is exhilarating, challenging, amazing, and transformative. There’s simply nothing else like it in the world, and if by some impossible chance I was able to do it again, I would in a heartbeat.

The Otherworld Adventure Weekend typically takes place in October (although 2014 took place in August due to location scheduling), and you can get information on future dates by signing up for their email notification list. 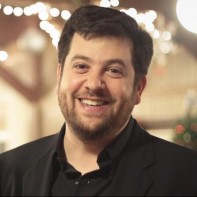